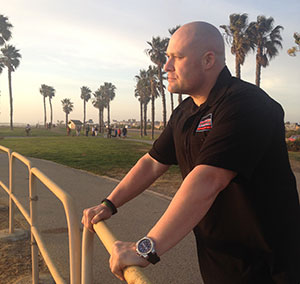 Jason Lehman is of the founder of the educational nonprofit organization “Why’d You Stop Me? (WYSM).” He is responsible for creating program content while also leading a group of law enforcement trainers and community champions who partner to deliver the program’s message to both peace officers and community members alike. Jason has made it his life mission to fight for equity in our communities while empowering great leaders to become even better by improving safety during police/public contacts.

Jason attended the University of South Florida on a football scholarship where he earned bachelor’s degrees in both Interpersonal Communication and Criminology. In 2006, he joined the Long Beach Police Department (LBPD). Sergeant Lehman has worked in a number of roles within the LBPD as a patrol officer and as a member of the West Division’s “Directed Enforcement Team,” (which is a team that specializes in gang and violent crime suppression in high-crime areas in Long Beach). From 2016-2018, Sergeant Lehman was LBPD’s Community Engagement Officer where he built and improved upon foundational systems of both teaching and learning implicit bias and procedural justice-based concepts in order to improve police and public relations.  Jason is currently a Police Sergeant where he now supervises a team of motivated police officers who work within the West Division of Long Beach.

Sergeant Lehman’s work has been recognized on the local, state, and national level and he has received numerous accolades including winning the prestigious National Anti-Defamation League’s “Helene & Joseph Sherwood Award” for reducing hate and bigotry in this country.  He was also named by Long Beach Post as a “40 Under 40 Award” recipient.